The small town of Benijofar is located on the south east coast of Spain, just 10 minutes away from the white sandy beaches of Guardamar and close to the Sierra de Orihuela mountains in an area which is known as the lower valley of the River Segura. The surroundings of this region are made up of traditional agricultural land, beautiful golden sandy beaches and stunning natural backdrops. A true a jewel of the Costa Blanca. In actual fact, the very name of Benijofar originates from the arabic “son of the pearl," making Benijofar quite literally "the pearl" of the Costa Blanca.

This small town south in Alicante's Southern province is made up of 4200 inhabitants and is just 8km from the beaches of Guardamar. Benijofar has welcomed new residents from all over Northern European as well as other region's of Spain and which gives the town a great multi-national feel with people from all over Europe mixing in the local bars and restaurants all enjoying the relaxed Mediterranean life together.

Benijofar is a pretty town with many parks and plazas and a river running through its centre. The Orchard, which is located on the banks of the river Segura is an area of about 85 hectares of fertile land where vegetables such as artichokes, potatoes and broccolli grow all still watered by the ancient irrigation system originally designed by the Moors that settled in Benijofar centuries ago. The water that irrigates these fields is moved by a recently renovated water wheel on the outskirts of the town which dates back to 17th century and is now the town's symbol in recognition of its importance in the growth of the town through local agriculture. The water wheel forms part of a group of historic structures of which the flour mil of Formentera is also a member. The original water wheel was substituted by an iron version in the 19th century with a 7.7m diameter wheel which can move around 80 litres per second.

There is an enchanting yet easy hiking route that starts in the area called “Path of the Rafaels" and runs 4.5km along the Banks of the River Segura, passing the “El Secano" recreational area and ending in the central town square of the Constitution. This green trek takes you past the water wheel and the luscious traditional orchards and fields of the town. The recreational area of "El Secano" is the perfect place to take a break, relax and take in the beauty of the local countryside. It has a great picnic area with benches, tables and even barbecues for public use. It is is great place to enjoy a family afternoon in the great outdoors at any time of the year.

Benijofar is located just 8 km from the white sandy beaches of Guardamar that stretch over 11km along the crystal-clear, warm waters of the Mediterranean Sea. Guardamar is a great seaside resort and the only coastal town with a protected sand dune system which is unique to the Costa Blanca. Benijofar is not just close to the beaches of the Costa Blanca, Benijofar is also located between many, much larger towns, cities and resorts with large shopping centres, family leisure facilities and great nightlife. The largest town in the area is the well known resort of Torrevieja which lies just 15km and a short 10 minutes drive away. As a large City it has 2 hospitals, several marinas, large shopping and leisure centres, hypermarkets and the areas largest water park.

The nearest Motorway junction is little more than 5 minutes away from Benijofar town centre and both Alicante and Murcia International Airports are around 30 minutes drive away. If you are travelling within Spain, Alicante train station, where the high speed AVE train makes several trips to Madrid and Barcelona each day, is also just 30 minutes drive away.

Benijofar has a wide variety of shops some of which are run and aimed at Dutch and UK expats who now live in the vicinity. As you enter Benijofar from Ciudad Quesada, there is large Mercadona supermarket with plenty of free parking space. Mercadona is much like Sainsburys or Tescos in the UK and is one of Spain's biggest supermarket chains. As you drive into the town centre of Benijofar you will find all different types of small high street shops, including butchers, grocers, hardware shops, bakeries, pharmacies, furniture stores, clothes shops, kitchen suppliers, gift shops, hair salons and banks. .

Many of the amenities at Benijofar are run by UK and Dutch nationals and offer an alternative for buying those home grown items you can't get in the local supermarkets, although many are beginning to supply more and more international foods and beverages. The weekly market (Tuesday mornings) is a great place to buy fresh fruit and veg at a cheaper price than many greengrocers, so that is definitely a place to be once a week.

In Benijofar you can find,medical clinics, dentist, solicitors, insurance services, beauty therapists, pool shops, hair salons and a huge list of different services that you would expect to find in any large town. As it is so close to Formentera and the larger Rojales, (less than 5 minutes away) the list is actually much longer as the three neighbouring towns together offer a much wider choice of services, such as opticians, satellite TV fitters, physiotherapy clinics, golf accessory shops, schools, libraries and vets services with 24 hours emergency call out service. All this is practically on your doorstep.

In addition the Town and the neighbouring area have some great sports and leisure facilities. You will find several private gyms in the area as well as large public sports centre with indoor heated pool and padel tennis club. Benijofar is also located directly between two wonderful golf courses, Las Marquesas at Quesada and La Finca Golf & Country Club in Algorfa. Both golf courses are less than a 10 minute drive away and another 15 more are all under 30 minutes drive away.

In short Benijofar really gives you the very best of everything. A small, peaceful and charming town with everything you need on your doorstep and just a short drive from beautiful beaches, natural parks, major cities, great shopping and leisure centres and 2 International Airports. In addition the cost of property here is considerably less than its neighbouring resorts of Torrevieja and The Orihuela Costa. 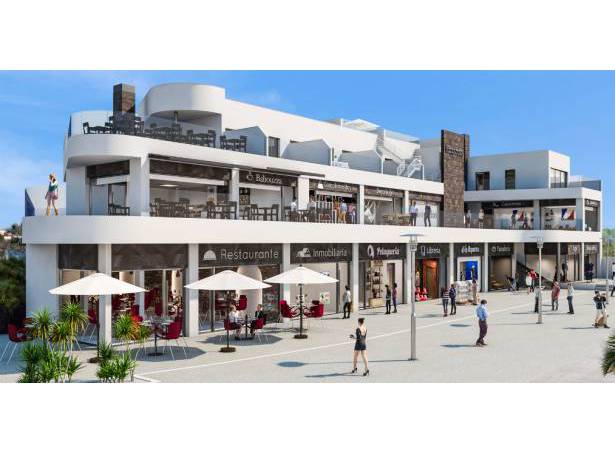 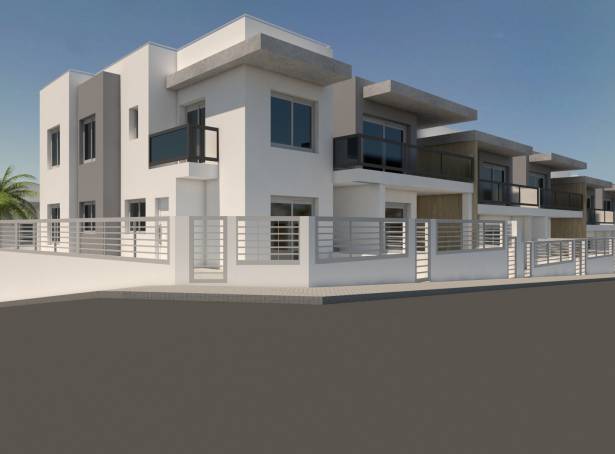 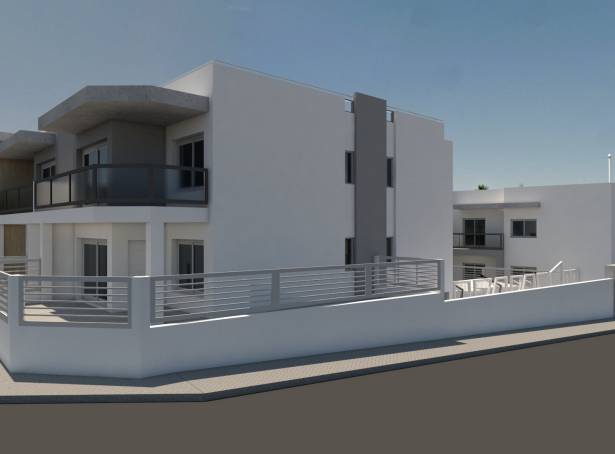 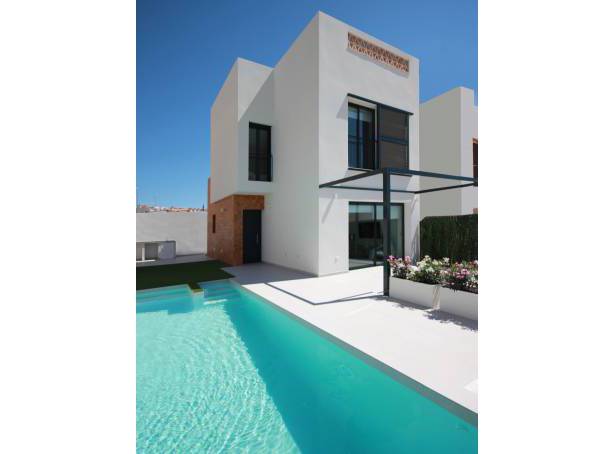 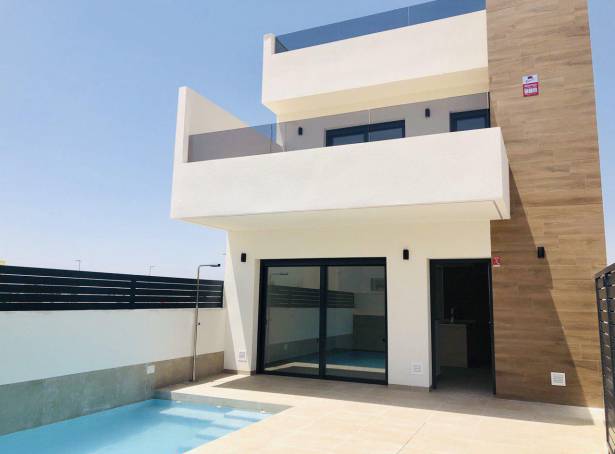 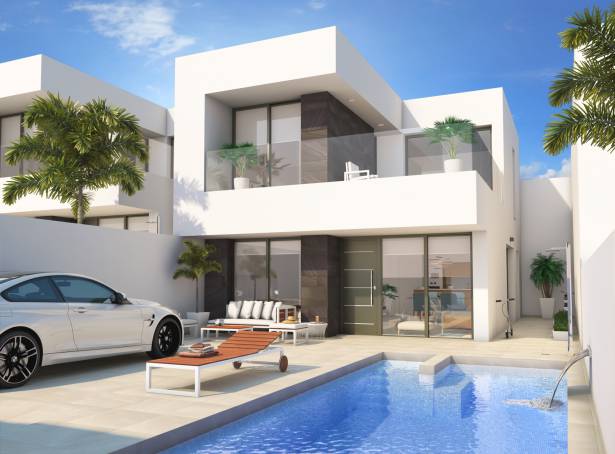 Residencial Venecia is located in a quiet, residential area just outside the centre of the town of Benijófar and within easy walking distance of...
Mtrs: 221m2
Plot: 162m2
Bed: 3
Bath: 2
€ 249,900
View Property
Ref: BJFR WOLF ENTOLIVO DV 3B FE 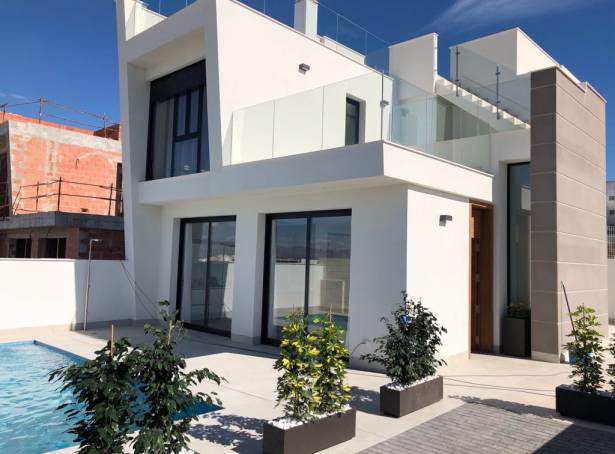 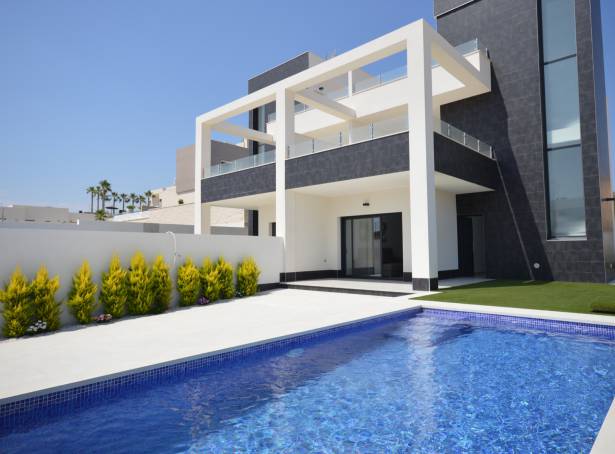